The leagues are underway for season 2021... if you didn't register you missed out for March, so get a wriggle on and sign yourself up for April!

Joining the leagues is easy - just use the link on this site, or write your details on the form at the club (on the noticeboard across from Court 3). You will be placed into a group with other players based on your grading initially - but as the season progresses, you'll be grouped with different people each month, based in part on how well you fare against your opponents. No grading points are at stake, so it's a nice balance between competitive and sociable.

Each round spans a month, through to the last round for the year in October.

Each month the new draw will be posted on the website and on the notice board across from Court 3.

Throughout the season you will earn one point for every match you play, and one point for each game you win.  These will accumulate over the year and the person with the most points at season end after the October round will be taking home the middle-sized prize and the big bragging rights.

If both players agree, Squash NZ grading points can be played for. A referee should be present and results sent to the club statistician. 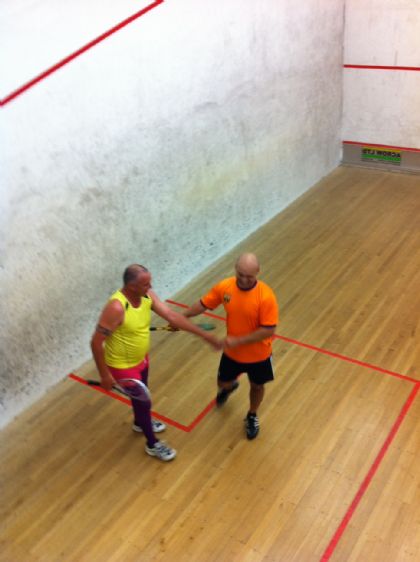